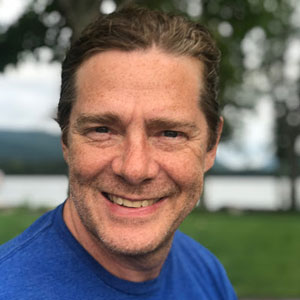 I started my filmmaking journey over 20 years ago at Emerson College with a BFA in film and a minor in photography. From there, I worked on feature films, shot and edited for HBO’s America Undercover, reality camera for TLC, A&E and ABC shows, Steadicam for Channel One News, and most recently field producing for the Food Network. Concurrently, I’ve been creating a variety of independent films, corporate videos, commercial ads, music videos, and live events as Time Machine Film Works, a production company I began in 2005.

Below you’ll find a list of productions along with links on each title organized by crew position held, followed by education and skills. Chronological resume and work references available on request.

All the best,
Rob

What I Have Done So Far

What I Have Pursued

What I Can Do The Best

As a Camera Operator

As a Field Producer

As a director, I rely on preparation. Not only to keep everything on time and on budget, but to stay connected with talent, giving everyone from actors to cinematographers to set designers the creative freedom to keep them invested and at the top of their game.

As a Camera Operator

As a camera operator, I am familiar with all professional camera interfaces and am Steadicam certified. I own and operate the Panasonic AG-HVX200, have an Arri light kit, and a Glidecam. I am also an experienced gaffer and grip, and can optimize and monitor audio quality as well.

As a Field Producer

As a field producer, I believe the core rests on communication and confirmation.  My tools are a MacBook Pro, an iPhone, and a positive attitude.

In 2005 Time Machine Film Works began its journey of bringing like minded filmmakers together for the purpose of mutual inspiration. Over the course of it’s first decade TMFW has become a wellspring of creativity and promisses an even brighter future.  Come visit the Creative Cafe and here more about us.

Different packages for all budgets.